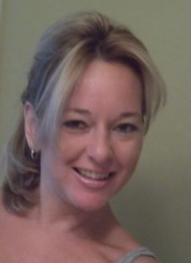 Girl-Next-Door Quoteagious Founder & CEO, Michelle Melanson, considers herself a down-to-earth one-woman army.  Armed with imagination and passion, some naivety paired with initiative, and an abundance of tenacity balanced with flexibility, Michelle believes it is this combination which has aided her in the launch of her fun and positively empowering company, Quoteagious – - an enterprise which delivers personal, community, and global impact through products that put a contemporary spin on the classic quotation (qPics) and programs that invite the world to engage and play together, including The Greatest Game of Tag! You’re IT!  (Quoteagious’ Ambassador Program).

This is what Michelle has to say about these valuable assets, which she credits to her success…
Regarding her imagination and passion…

Michelle offers, “I had a good idea – - or at least one I passionately believed in.
…And that’s where it all started.”

“I had a good idea —
or at least one
I passionately believed in.”
–Michelle Melanson
Quoteagious Founder & CEO

This passionate imagineer expounds, “I had a challenge – - for which I conceived a needed and effective solution.

“Upon implementation, I quickly realized the potential this unique outcome had to offer others, beyond myself.

“My compassion for people and my enthusiasm for the value this result could deliver to them prompted me to further innovate what started as a personal solution and develop it into a product concept that could be extended to benefit others beyond me.”

“I realized that this content mixed with my knowledge and insight had powerful potential for people – - powerful possibility that could positively, affectively, and effectively make a significant difference for perhaps an immeasurable population.  But even to significantly impact the life of one was indeed a profound privilege worthy of my respect, attention, and efforts, therefore compelling me to pursue this endeavor with great heart and even greater commitment.

“It is my imagination, which sparked this idea, and also aided me to evolve the concept further, as I recognized and developed adjustments that better served my audience, as well as those that resolved the obstacles and challenges that emerged along the way.”

“It is my passion which initiated my efforts, AND sustained them, through the multitude of discouraging temptations to give up.

“Of course”, she defers, “it takes much more than just imagination and passion to build a successful start-up business.  A good idea, that has grounds for viable operation, including profit margins, market, and marketability, is still an arduous struggle to get off the ground.  Imagination and passion are essential in the beginning to ignite your fire, while equally critical throughout the process to advance it, overcoming threats that continually show up to challenge both your motivation as well as your endeavor.”

With experience to reinforce her reflection, Michelle affirms, “This pursuit and its success are possible because my imagination served me to envision the possibility and make essential adjustments, while my passion motivated me to pursue and implement it all. “

As for her naivety and initiative…

This modest success admits, “When I began, I had no idea how to start a company or how challenging this adventure would be.  But I didn’t let my ignorance stop me – - from starting, struggling, failing, or finally now succeeding.”

She acknowledges, “Had I known all the potholes that lay in the path before me,” she continues, “I might not have had the courage or will to begin.  But I think that’s why we are not always given the foresight to see everything that lies ahead.”

She furthers, “My naivety insulated me from holding back, playing safe, not starting, and giving up too many times to count along the way.

“Robert H. Schuller said it best with ‘What would you do if you could not fail?’   That’s how I approached Quoteagious – - confident that I would achieve (although I didn’t always know how) - – simply because I would not conceive that I could fail what I ultimately perceived to be a destined endeavor.

This refreshingly candid confessor reveals, “Having initiative supported me to take the first step …and each of those steps which succeeded it - – despite my naivety, the potholes, and my stumbles along the way.”

“Yes, there were indeed times I stopped - – or rather got stopped.  But I’d eventually pick up what pieces I could and come back to it and get back at it    My naivety served to supersede any apprehension I should or might have had and my initiative in turn propelled me further forward.

“I am here today despite and because of my shortcomings,” this confident protagonist assesses.

“Naivety alone doesn’t get you anywhere”, she confirms, “but when paired with initiative, it results in a powerful combination.”

This arguably keen go-getter contends, “Where apprehension is absent from holding you back from beginning …as well as from ultimately failing …and where enterprising drive is present… it’s hard to beat fearless ingenuity and ambition. “
As for her abundance of tenacity balanced with flexibility…

“So many times we quit,” this dogged survivor suggests, “assuming failure is the end, and that nothing else lies beyond it.  When we quit in the midst of our lack of success, we solidify that conclusion, because we don’t further the potential of that project or ourselves within that opportunity.”

“Stopping
in the middle of failure
removes the possibility
for anything else to develop —
including success.”
–Michelle Melanson
Quoteagious Founder & CEO

She appeals, “Most of the time we are right – - failure does lie ahead.  BUT… we don’t have to stop there - – if we keep pushing THROUGH the failure, we create the opportunity that we might eventually succeed.  Stopping in the middle of failure removes the possibility for anything else to develop – - including success.”

Michelle emphasizes, “There are ALWAYS reasons to quit.  Millions of them – EVERY DAY. And there are lots of good ones for you and those around you to accept and to use as justification.
But what if??  What if you quit before the end?”

Following a pause for consideration, she insightfully adds, “Of course, in the meantime, you may have to shift, tweak, adjust, and recalibrate before you reach the end.”

Michelle reveals, “Quoteagious today is a different product than what it originated as.  In fact, I initially emphatically rejected the concept of what we are today when it was first suggested to me.  However, as with blessings in disguise which can be real trials in the meantime, I am so thankful that circumstances forced me to wait AND further develop the concepts and strategies that have resulted in what you see as Quoteagious today.  I wouldn’t have elected to wait if given the option at the time, but now with everything revealed and in hindsight, what Quoteagious is today is significantly better than its original concept.  Like good sauce, it needed to simmer and to be stirred.  And I had to be patient while simultaneously active, tweaking it with vision and in response to changing and revealing conditions.”

Michelle confides, “Instead of finding reasons to quit, I sought positive reinforcement and inspiration in quotes which supported my efforts and also related to the discouragement I often felt along the way.  Being discouraged is common with anything new and challenging – - especially a start-up business.
But I learned that not always feeling successful is simply
NOT the reason to quit.

“Instead of
finding reasons
to quit,
I sought
positive reinforcement
and inspiration
in quotes… ”
–Michelle Melanson
Quoteagious Founder & CEO

“Did I fail?  The answer to that is ‘plenty of times – - temporarily’.  But… I also succeeded to persist.

“It’s like asking a downhill skier if he or she has ever fallen.  Sometimes that’s how one learns the most about not falling in the future, or even staying up, which can be a different thing.

“Meanwhile, the labels of ‘success’ and ‘failure’ are subjective and relative.

“‘Failure’ seems to exist when one’s definition of success is not met; however, failure is only final when you give up and walk away, abandoning potential success, which may be just a few more tweaks and attempts away.

“For failure only lasts until you get back up and go back at it; although you may fall or fail again, at least you’re making another attempt for a different outcome.

“As for success, it is essentially the result of achieving something other than failure, which can sometimes simply be not giving in to accepting failure as a final outcome.”

This innovator admits, “In my case, it’s true that I have not achieved my initial concept in whole with regard to what I originally envisioned for Quoteagious.  But does that mean I have failed?  It could.  Or it could mean I succeeded beyond my initial vision and achieved something greater, better, perhaps even smarter.  I could have easily elected to quit at any of the many discouragements along the way.  I also might have focused to achieve explicitly what I originally set out to accomplish.  But I didn’t give up nor did I remain fixed or attached on my initial vision.  Instead I continued and altered my course along the way because through my experience I gained greater perspective as to what I conceived to be a better alternative.”
She further offers, “Some say ‘To achieve you must believe’.  I suggest an even more primary consideration… ‘To succeed, you must first begin (a literal observation not to be discounted) …and then continue to get back up, time after time, to begin yet again.”

There’s good reason the Theme “Don’t Quit!” is one of Quoteagious’ initial launches.  Founder and CEO Michelle Melanson serves as evidence that persistence pays off, and more importantly, as a true life example that adhering to the wisdom of the content Quoteagious offers can make an invaluable and affirmative difference in one’s life … while making determined ponytails even a little appealing in the meantime.

Learn more about this less-than-ordinary Girl Next Door and her contagious charm.